I recently invested in a new Samsung laptop to replace my outdated Acer laptop. 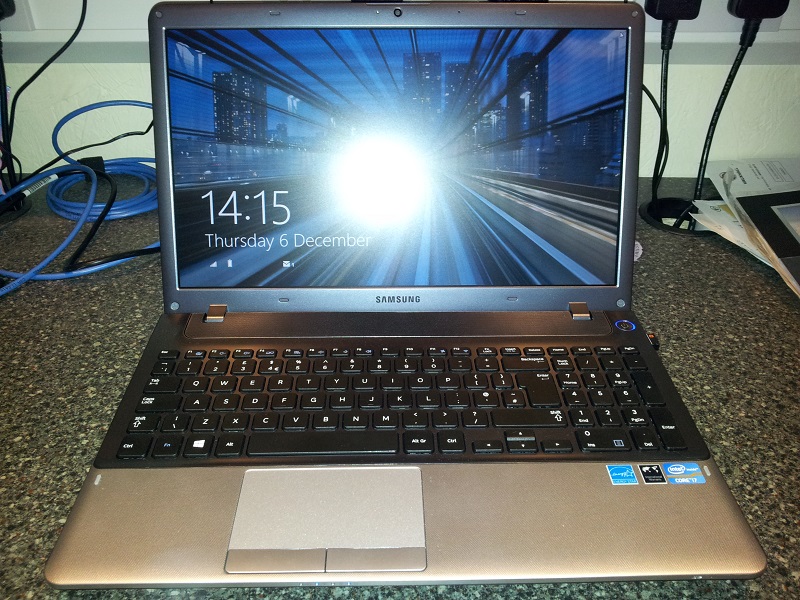 First impressions are not too bad.

An Intel Core i7 2.4GHz processor is complemented by 8GB of RAM and a 1TB hard drive. The operating system is Windows 8.

However, the laptop appears to be let down by its 1TB mechanical hard drive as can be seen from the Windows Performance score below. I wasn’t surprised when I saw these ratings because because the drive appears to thrash about even when the machine has been on for ages and is doing nothing. 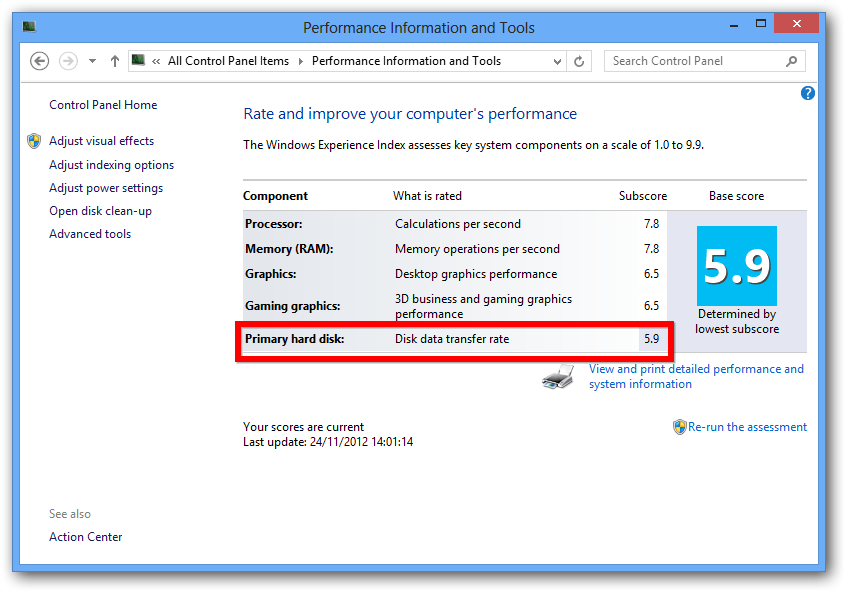 Laptop performance cannot be measured by a few crude timings but for those that are interested, here they are anyway. These timings were taken once I had owned the laptop for a few days and had installed a few things on it.

This was consistently around the 12 second mark

Over 5 tests, this was consistently 1 second.

The time taken here was for Windows 8 to get out of the ‘Restarting’ mode. I suspect these timings depend on what Windows was up to at the time I hit the restart button. I was surprised they were so long because I hadn’t even logged in when I did my restarts. I was still on the log in screen.

Not a bad laptop for £660 from Amazon. Would be great if it had an SSD instead of a mechanical hard drive though. But I suppose you can’t have it all for that price. I may replace the hard drive with my own SSD in the future if they get a bit cheaper.